GOMAN – stuck in the avici hell – 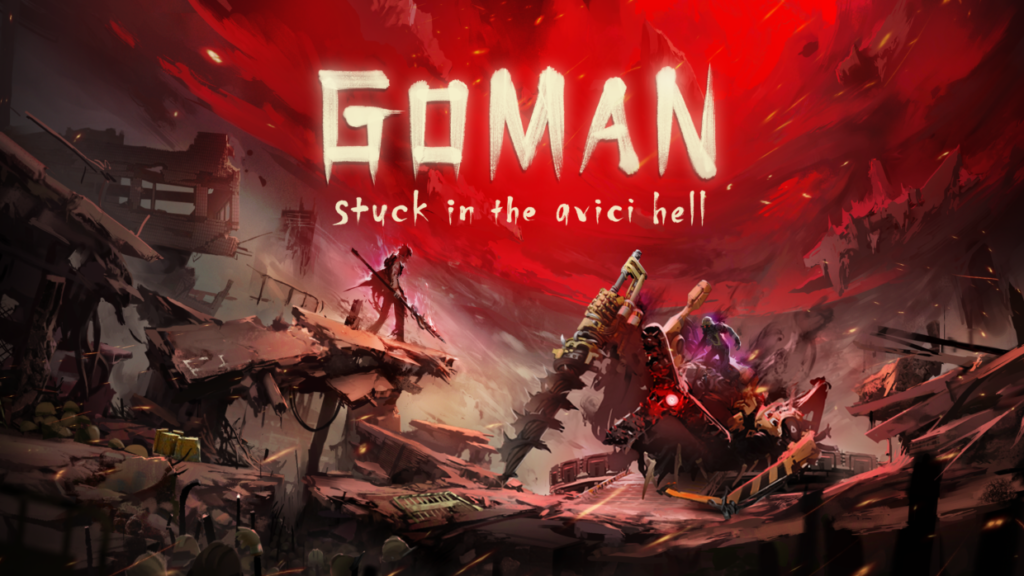 GOMAN is a side-scrolling action game set in a hell without a name.

The main character, GAMON, who was cast into hell for a certain reason, escapes from hell and attempts to escape in reverse.

He will fight against the "Nushi and their servants," who control the various levels of hell and try to prevent him from escaping.

In the world created by the strong personalities of the Nushi, those who try to escape are killed and returned to the entrance, where they are subjected to endless punishment.

The only weapon GAMON possesses is the trait he acquired before his death, "Infinite Resistance = Unbreakable Heart".

No matter how many tens of thousands of times he is killed and returned, GAMON never gives up, never stops walking, and continues to challenge the Nushi.

He shoots back and repels the enemy's strong blows, sometimes he is killed and returned, but he uses his memory of the time he was killed to read the enemy's attacks and counterattack.

GAMON is still wandering in hell, trying to break out of the loop of torment with no end in sight.

Established in 2016, we are a game development company located in Shinjuku, Tokyo. We develop a wide range of titles from console to mobile.