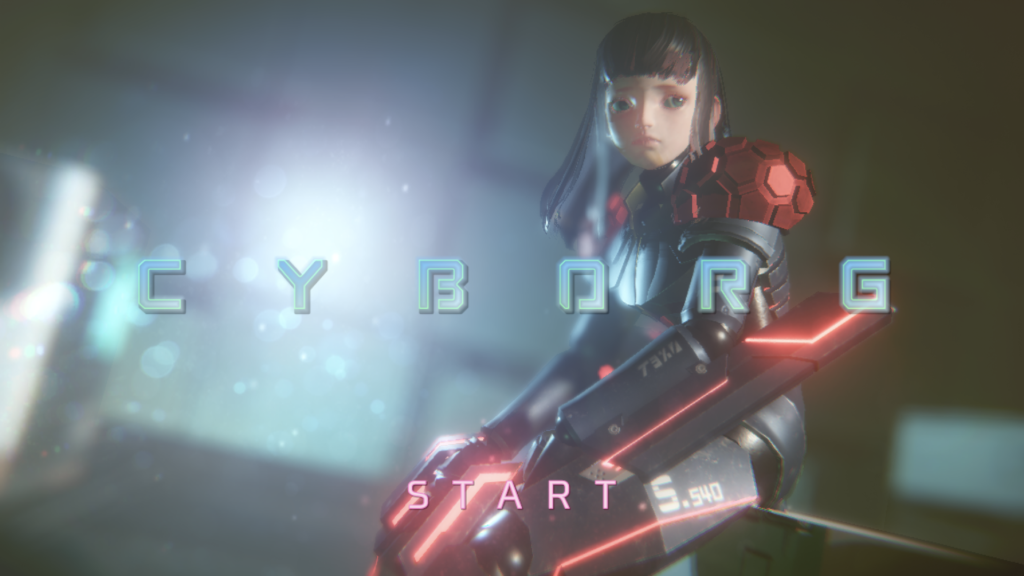 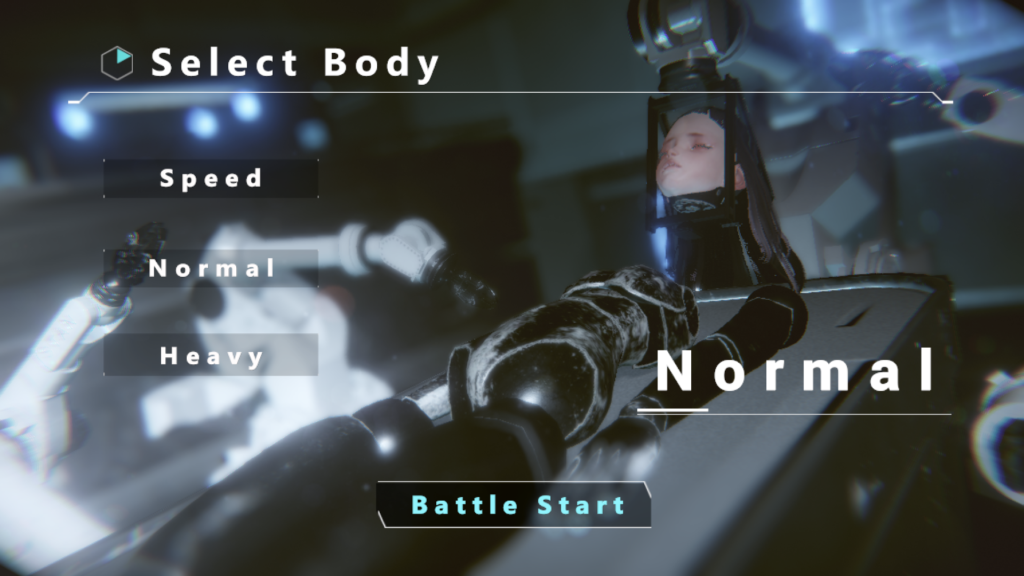 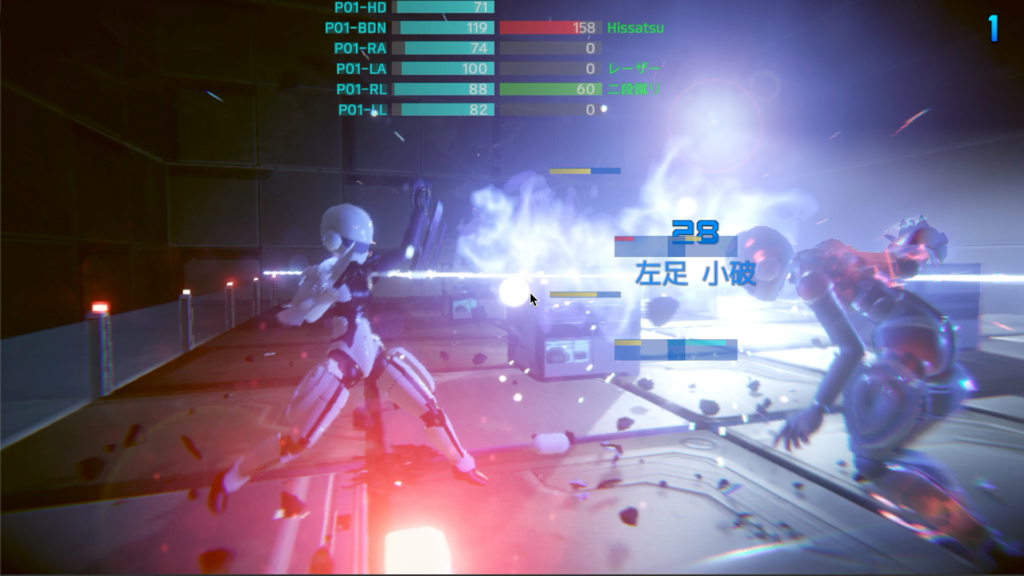 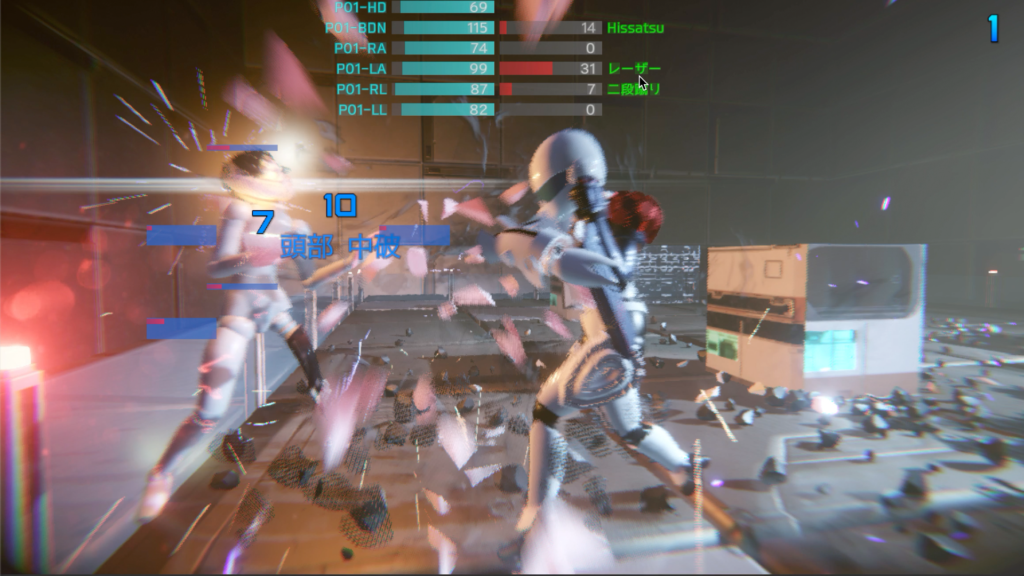 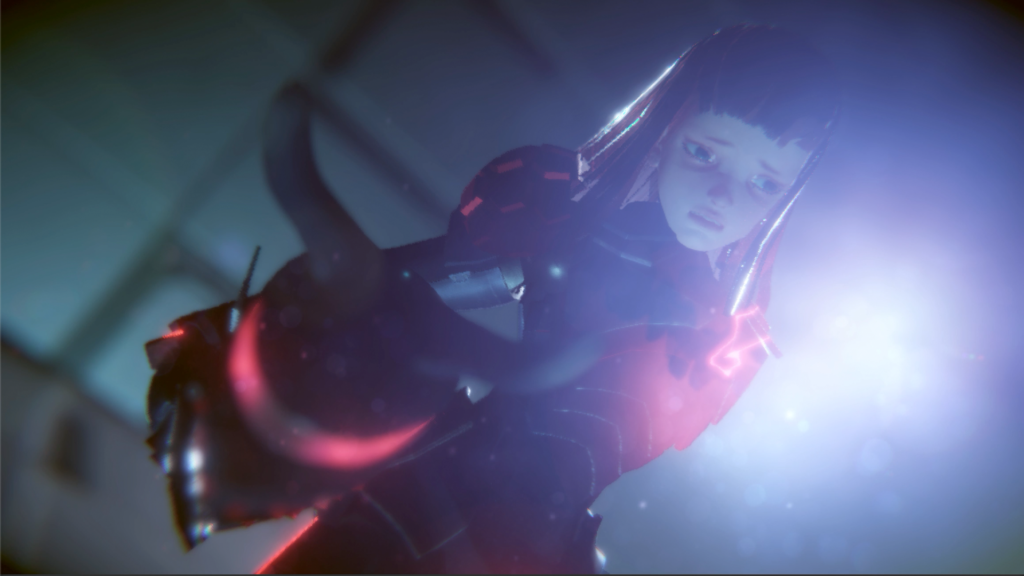 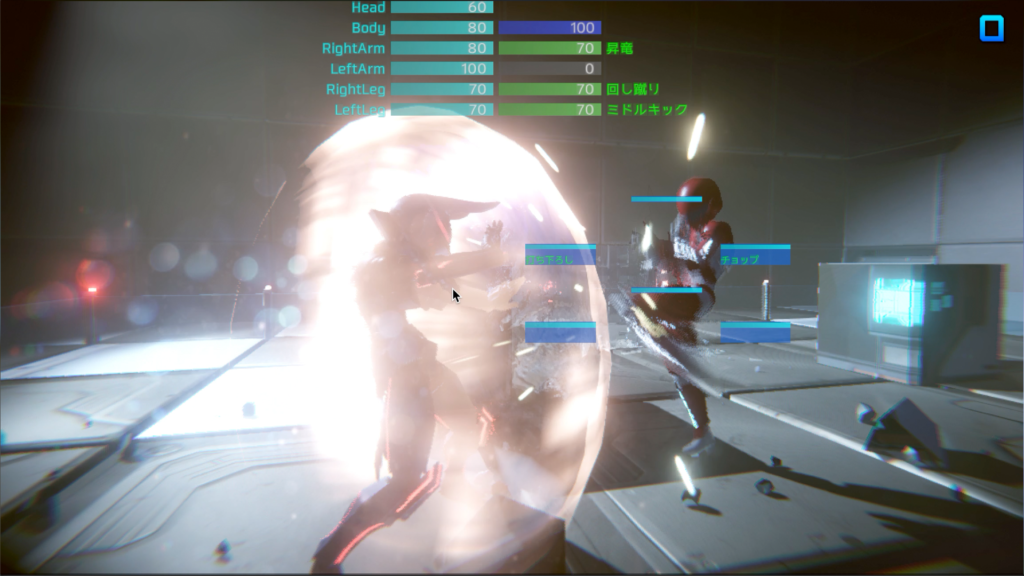 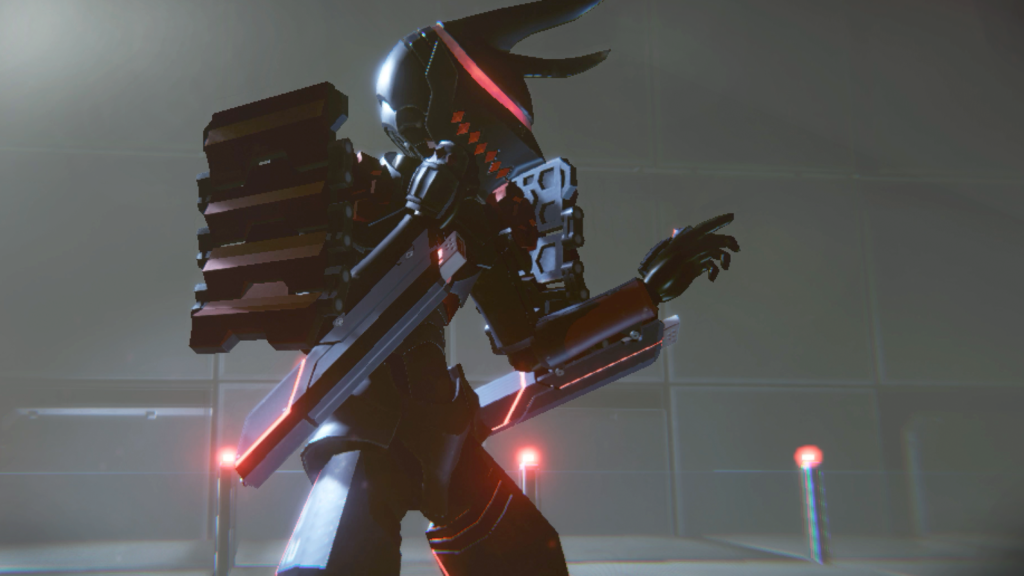 "I don't know why I fight, but I know I have to keep fighting."
The endless loop world of cyborgs who were subjected to severe fate.

# 1 Aesthetics of Destruction
In the history of video games, "combat" has been expressed for a long time, but have you ever felt too symbolic?
Many games express "fighting and getting hurt" with only one parameter like "vitality". But I think "a real fight" is not such a thing.
The cyborgs will fight, and the armor will get dirty, destroyed, and lose their arms... But they must fight until they can not move completely.
Please play this game and feel "Pleasure of destroying and winning the enemy" and "Sad of fighting and hurting each other" at the same time.

# 2 Redefining the fighting game
The fighting game has been specialized for PvP. As a result, the accuracy of command input and quick tactics of less than one second become important, and only some players can enjoy it.
However, fighting games are a very good format for manipulating characters and making battle actions look cool.
I want to re-present the fun that this style originally had.

# 3 Battle Action + Rogue Light =?
This game is not PvP. It is assumed to be played repeatedly as a battle action game for one person. And we thought about combining the elements of "Rogue Light".

The character you operate is a cyborg. By repairing, replacing, and customizing each part damaged by the battle, you can strengthen yourself by acquiring new skills as the appearance changes.

It is a game that players keep challenging, how long they can fight and stay alive.

We are diligently developing.
25% development progress

In the spring of 2002, I left the "company that was making a certain fighting game" and launched a my company with several people I met there. There was a ignorance of youth, and an unfounded, confident momentum. Smells Like Twenties Spirit ...? Then I realized that 17 years had passed.

I love the experience where the 3D characters displayed on a flat monitor look like they actually exist. I've been working on making action games that can feel such an experience.

However, when I ran a company for a long period of time, I was overwhelmed again and again with unforeseen obstacles, and my heart was almost broken.

One time, I asked myself, "Why ... why did I create my company?"
And I decided.
"Yes! Let's make a game from scratch with very personal thought as fuel!"
So I'm writing this now.