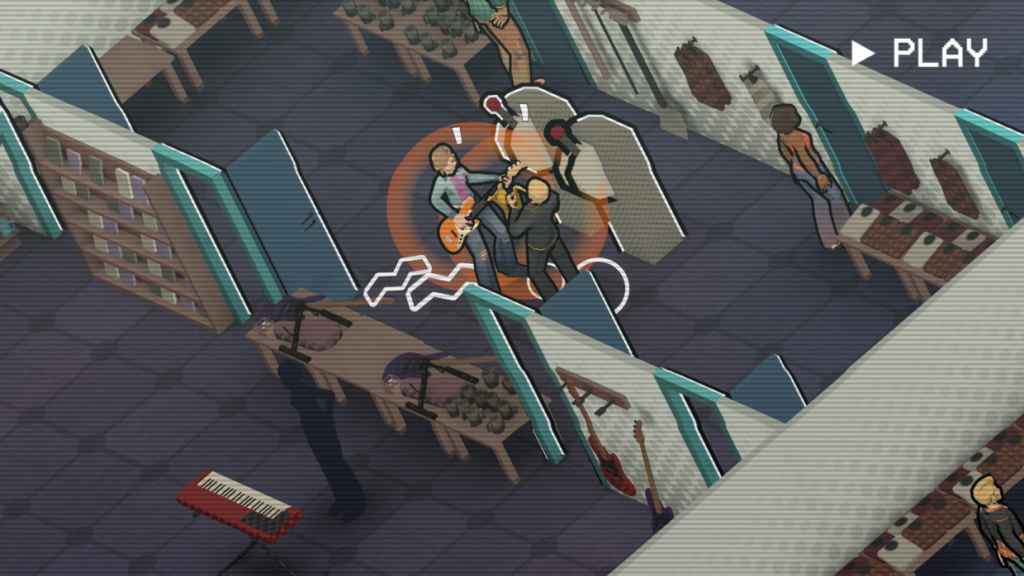 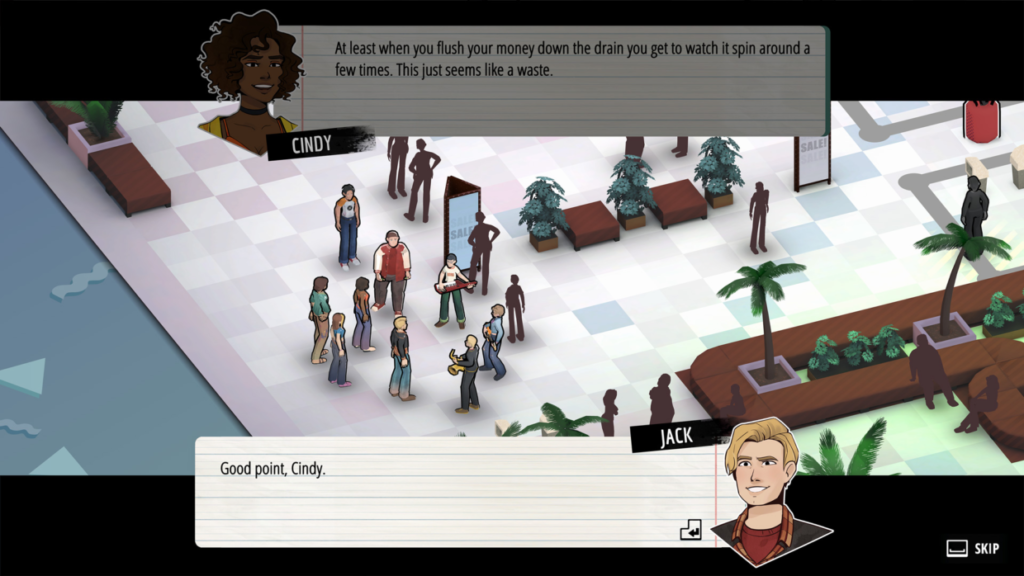 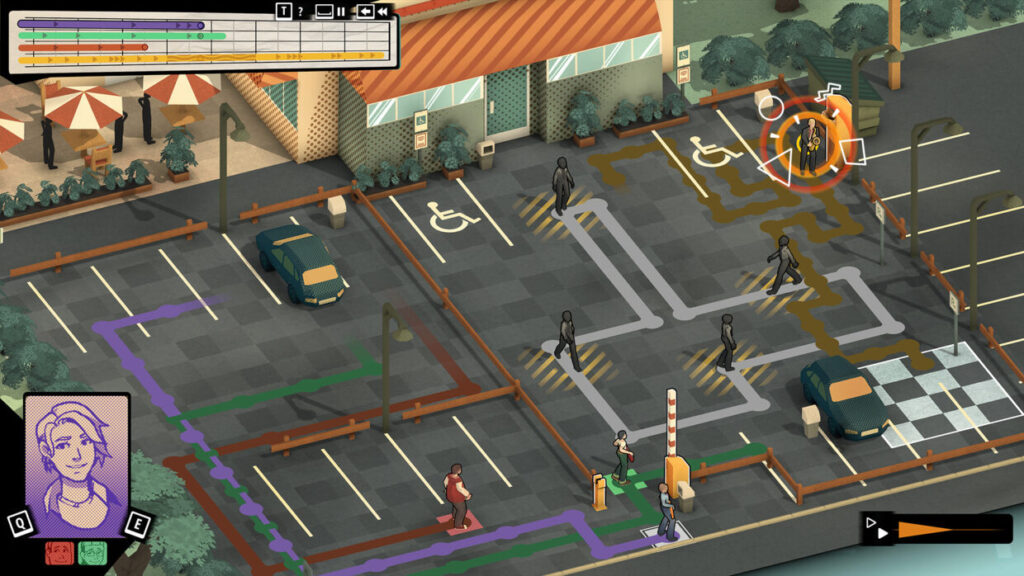 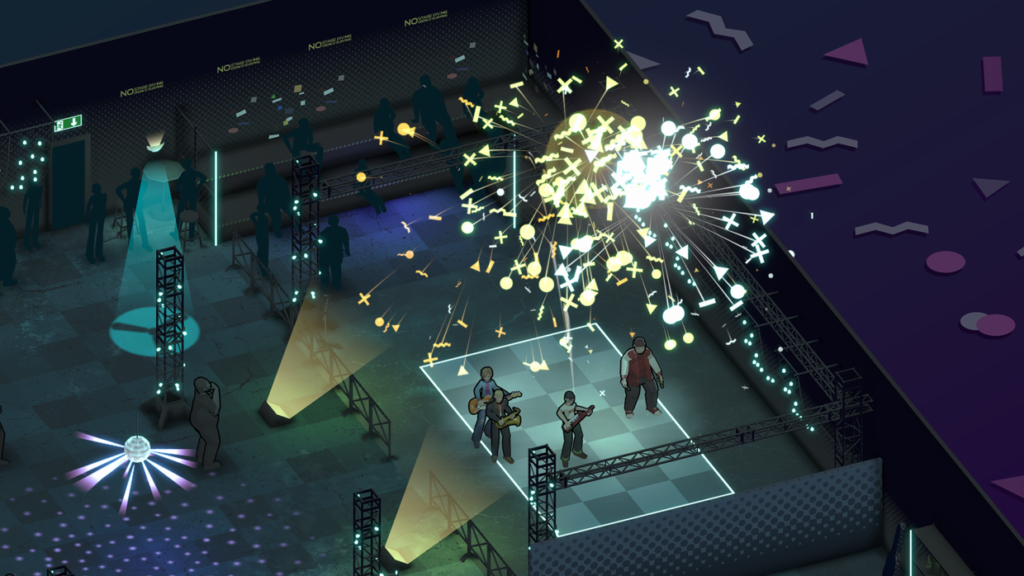 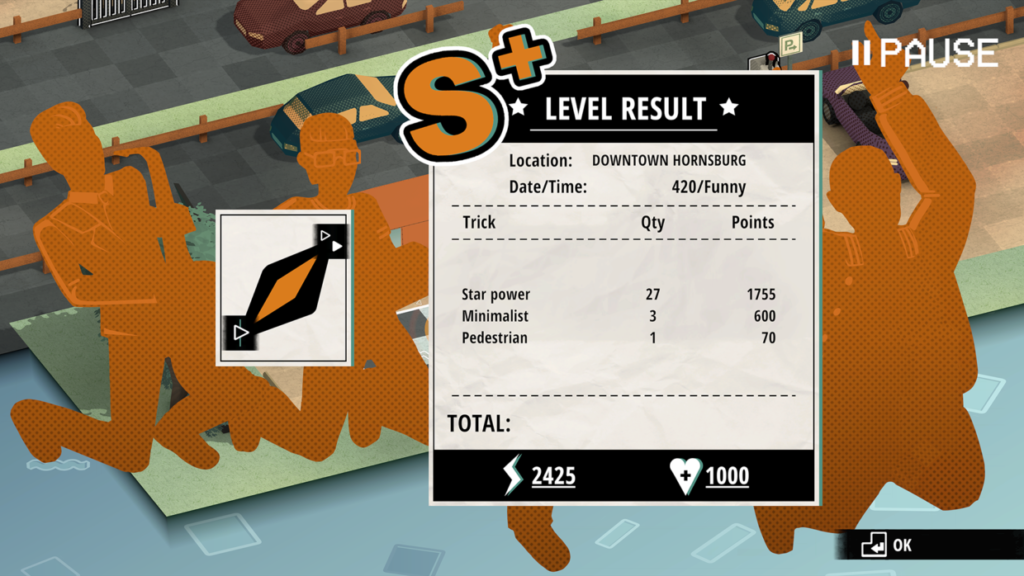 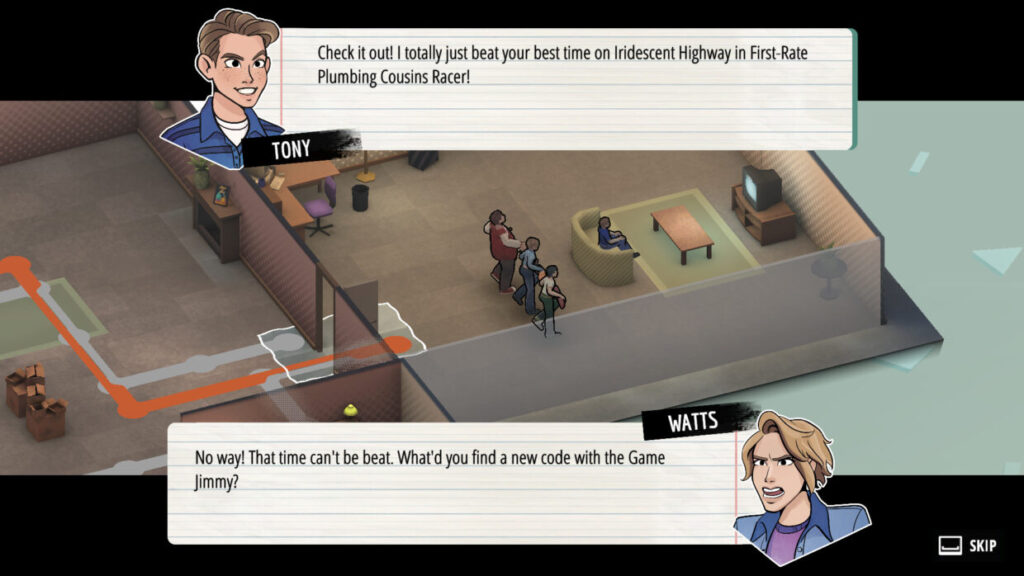 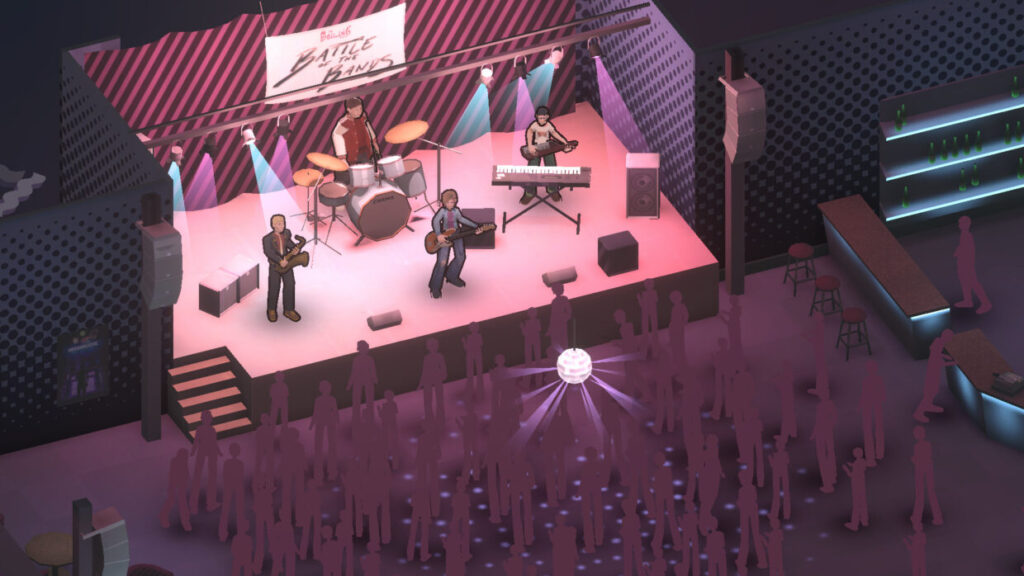 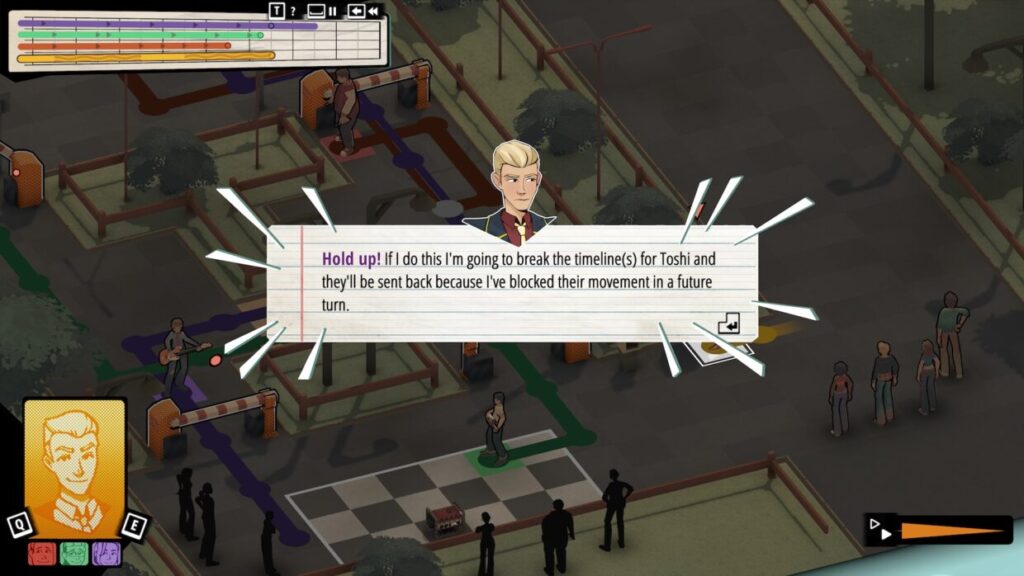 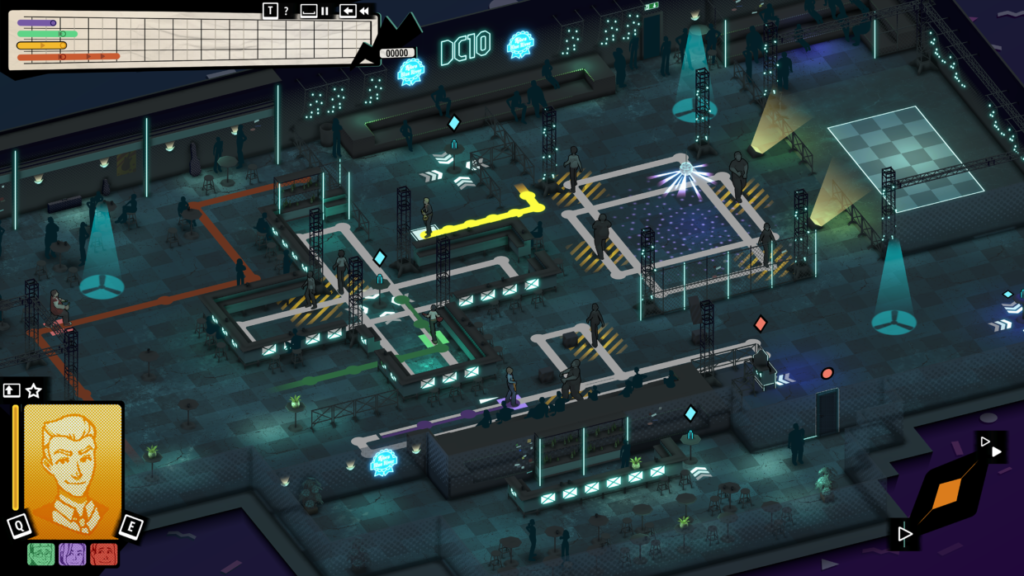 Backbeat is a multilinear time-based puzzle/strategy set in 1995,
built on funk music. Guide aspiring bassist Watts and her friends through over 40 levels of strategic puzzling madness in their pursuit to break free from monotony and achieve stardom. Use spatial rules of music making to slide your way past surly shift managers, suspicious security guards, and sticky-fingered children while playing gigs and winning fans. Over time you'll unlock new music, tricks, and stylish locales drenched in desaturated 1990s American suburbia.

Join Watts as she grows on a musical journey rooted in funk and fusion. Soulful grooves and hot licks are composed by Pete Fraser, session saxophonist to the The Pogues, Friendly Fires, and Field Music! Twenty musical motifs are recorded by a live ensemble of seven funk masters, providing the foundation for the dynamic music in the game. Unique songs are generated depending on what directions and paths you take in each puzzle. Customize your performance with alternate playing styles, instruments swaps, and realtime audio effect pedals.

Each character in your band moves through the map in different ways, encountering unique solutions and obstacles. Advancing a character consumes a turn and part of the timeline, setting up interactions with other characters and enemies at different points in time. Rewinding a turn undoes your move, allowing you to find improved solutions and new ways to tackle problems.

Manipulate each character separately, rewinding or fast-forwarding along the timeline in the process to reach her current point in time. Changes in time are reflected in the progress and actions both past and present of each character, creating some possibilities and removing others.

Each character has his own resource-limited super move which can be triggered under certain conditions. Tip toe through tight spaces with your bassist, slide through guards with your keytar player, break through walls with your drummer, or blow enemies out of the way with your mighty super sax. Strategic use of your super moves increase the number of solutions to each puzzle and are the key in gaining a maximum score.

Four resource-based musical metrics govern how and when you can move and interact with objects in the levels. These can completely block progress if used inefficiently, and create amazing musical chains and high scores when regulated artfully. 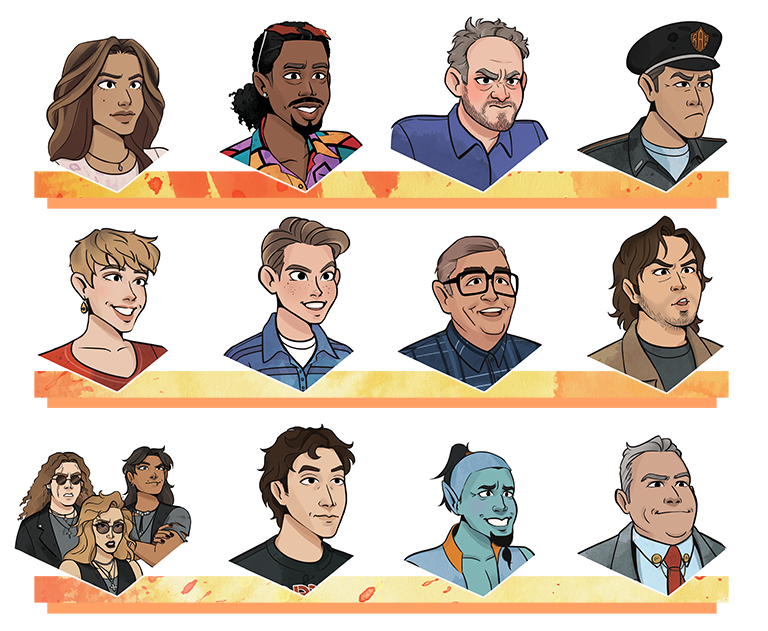 A colorful cast of supporting characters both friend and foe join Watts as she struggles with leadership, success, and holding together a band.

We are a game and media production house sewn from the fabric of creative expression. We have over twenty years of experience building music games and authoring software in Japan and Sweden. A deep love for sound, synthesis, and rhythm leads us to produce titles that bring a smile to your face and groove to your hips. We are currently working on the follow up to our 2019 award-winning rhythm/strategy mashup Hexagroove.