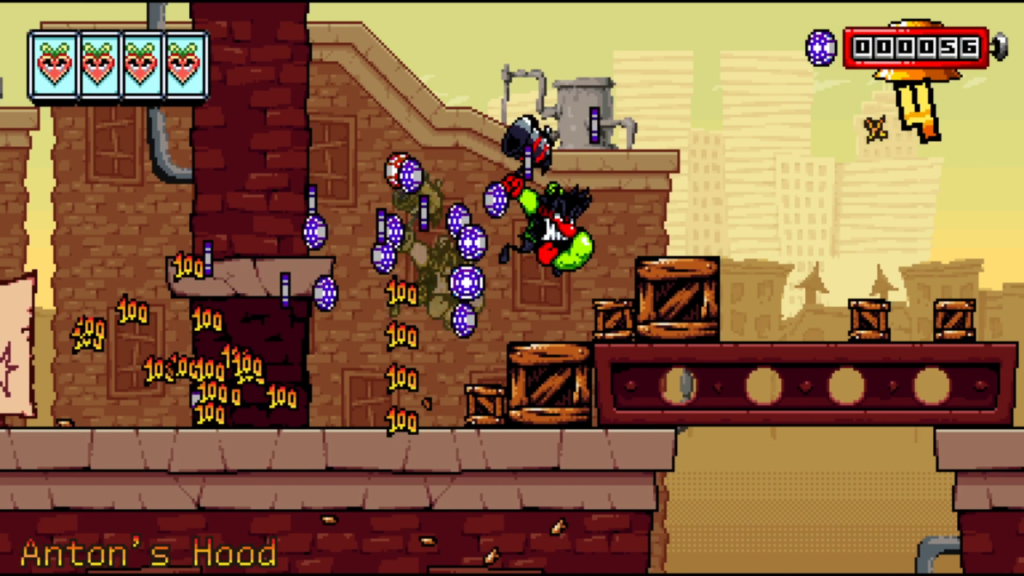 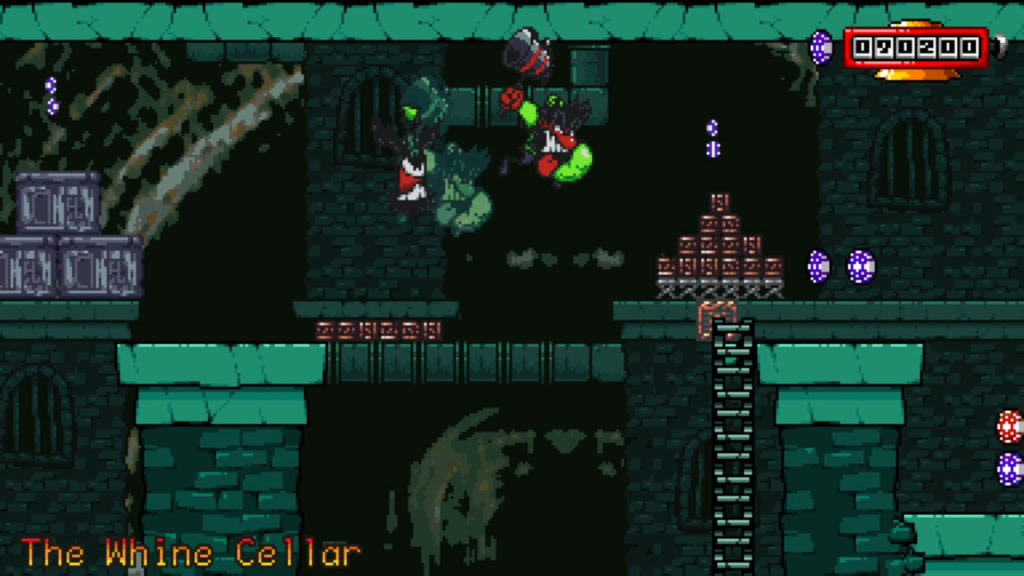 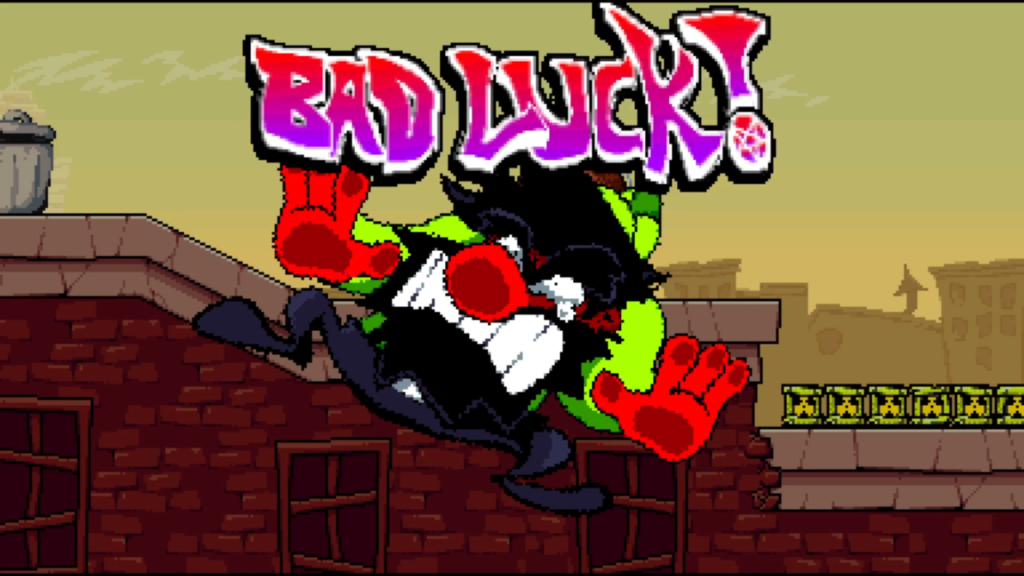 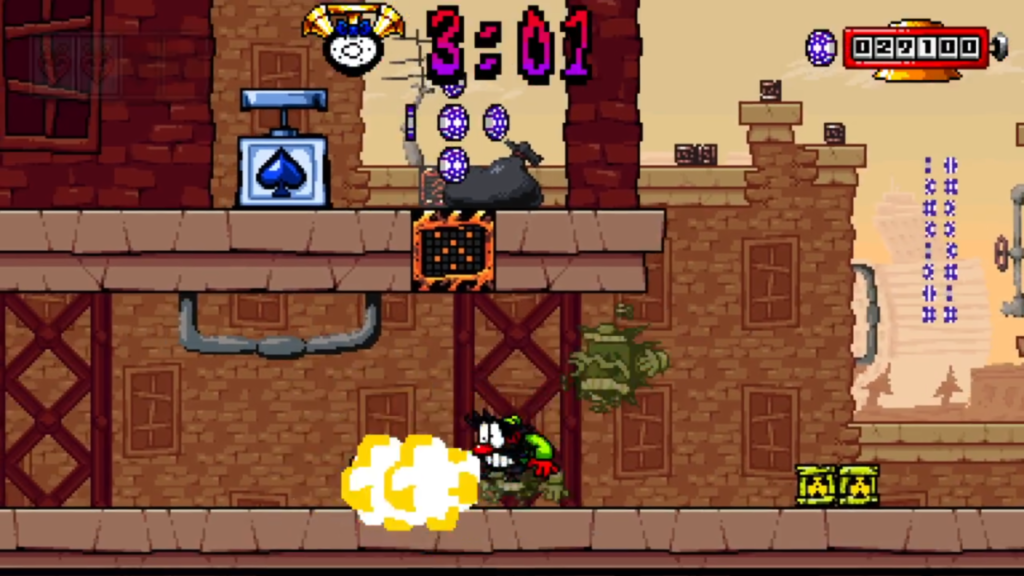 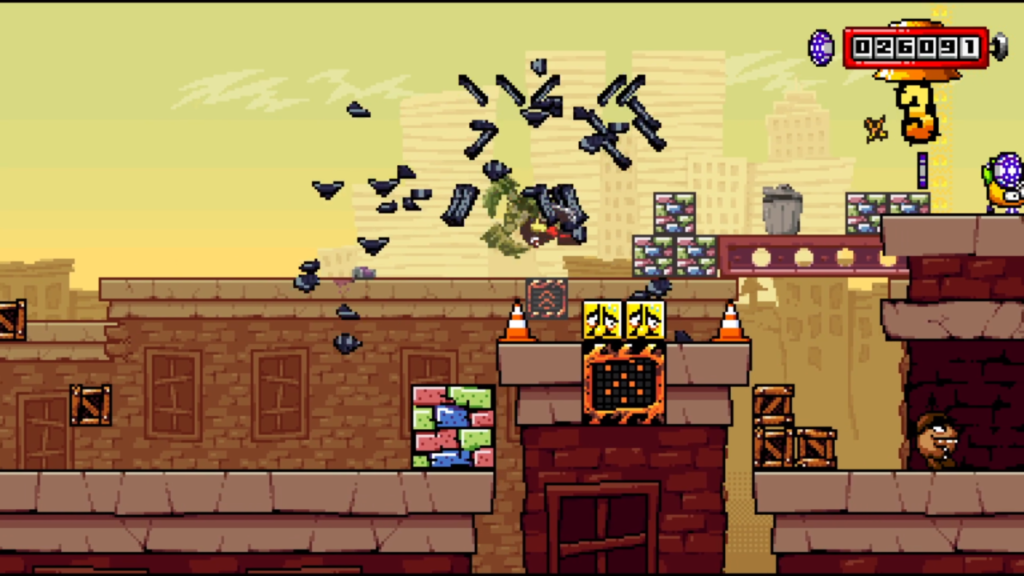 ANTONBLAST is an explosive, action-packed retro platformer featuring a destructive twist to classic gameplay and a hand-animated pixel aesthetic inspired by the Game Boy Advance! Silky-smooth platforming and intense escapes combine in a bombastic adventure!

ANTONBLAST follows the hapless drunkard Dynamite Anton, as he embarks on a journey across the Backburner Peninsula after his prized Spirits collection is stolen by Satan himself in a fit of jealous rage. Exploding with anger, Anton seeks to exact revenge the only way he knows how: by acting as a one-man demolition crew and blowing up Hell itself!

As Anton, players will smash, crash, and blast through nine worlds in search of his stolen Spirits, from the seedy Boiler City all the way to the gates of Hell. Along the way, Anton will use his Mighty Hammer to break down structures and baddies alike, altering the layout of the stage itself! That's not the only twist, either... After retrieving his beloved Spirit at the end of each stage, Anton will need to wipe the place clean of hellspawn once and for all: set off the detonator and run back to the start before Happy Hour ends and the whole place is blown to pieces! The player will have to reckon with the path they carved for themselves as they run back to the start, having either hindered or helped Anton in his mad dash to the exit.

Established in 2018, Summitsphere is an independent, international development studio with a simple mission: make modern classics unlike anything you've seen before. Started by a group of longtime friends, our team focuses on crafting new experiences with a sense of familiarity, wrapped up in a bow of endearing characters and incredible worlds. We grew up with the games of the '90s, but keep a keen ear to the ground for the latest innovations in the field - what's a modern classic without some trailblazing?