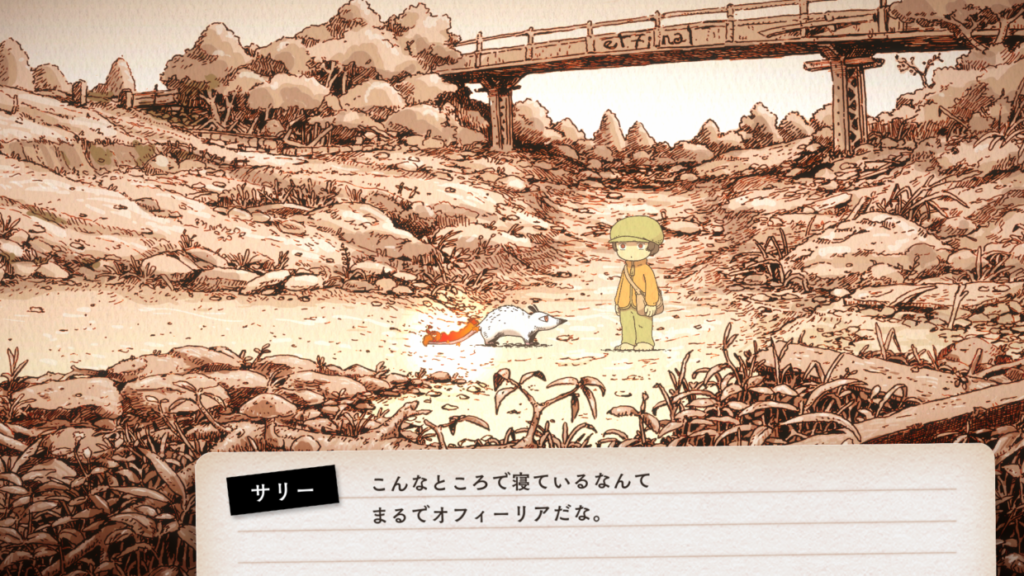 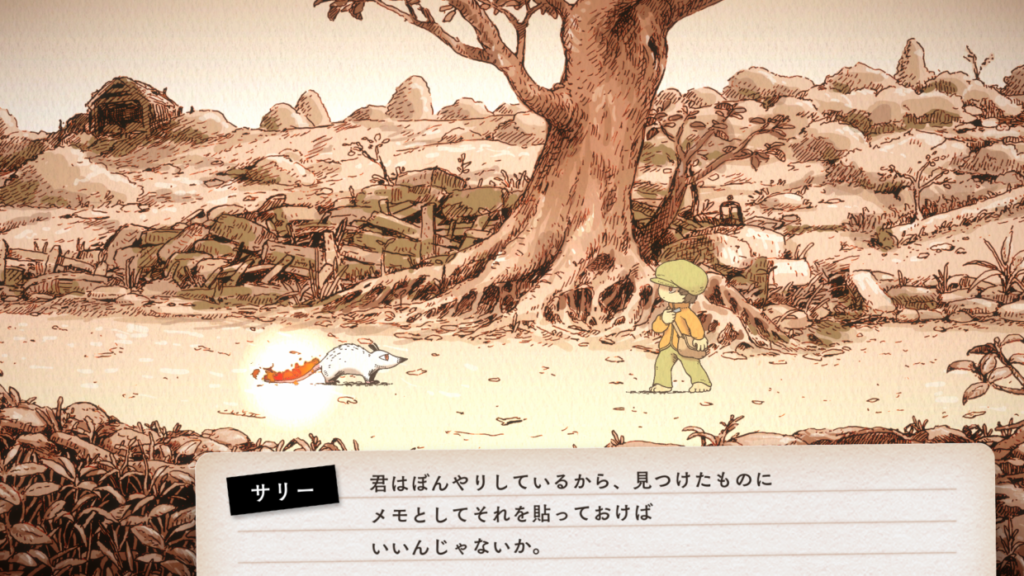 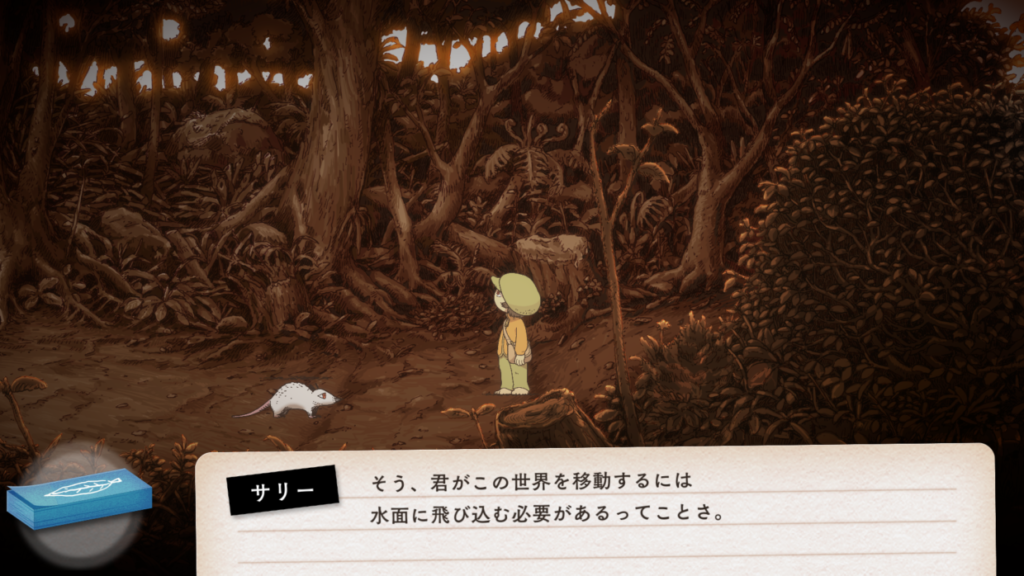 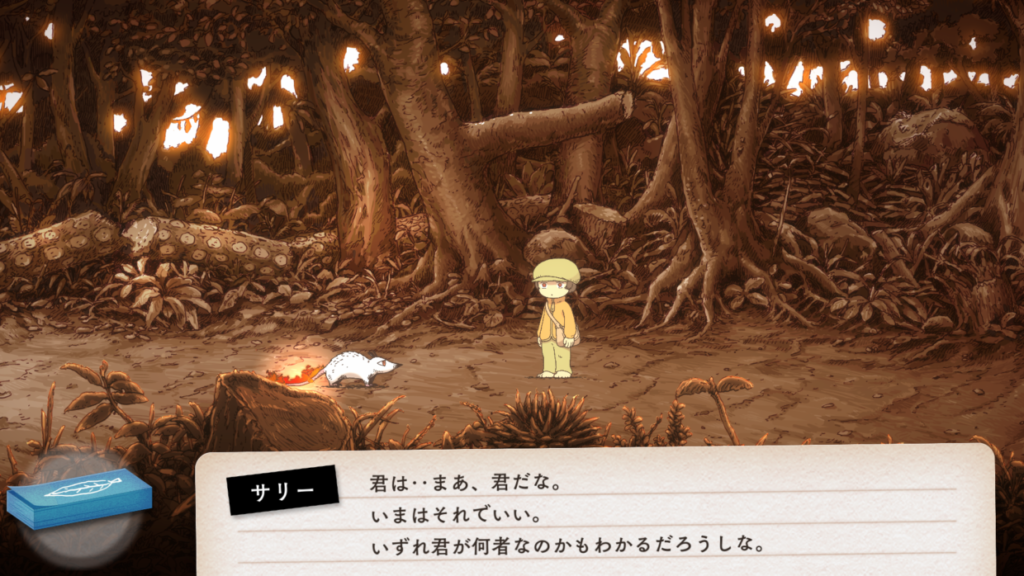 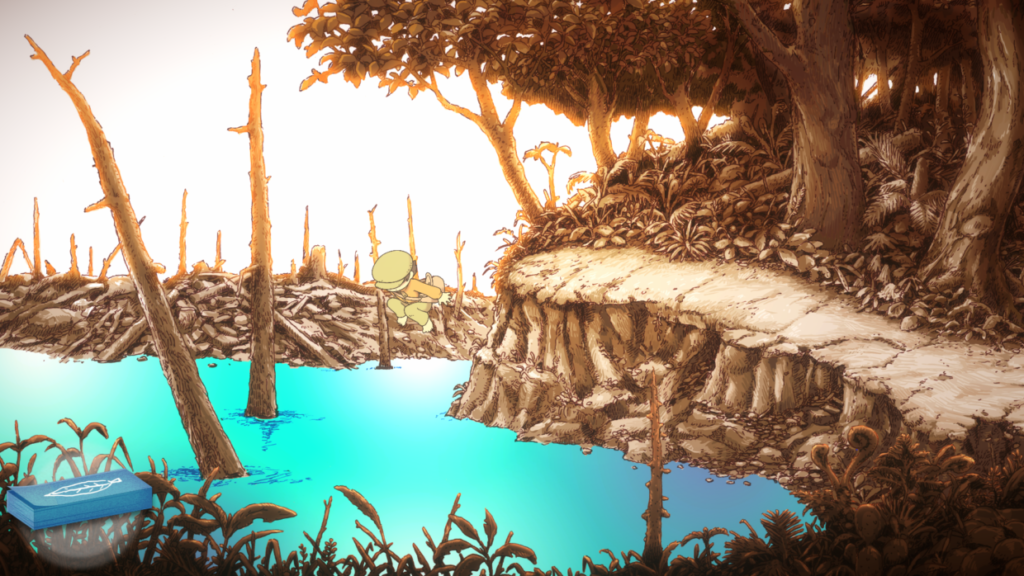 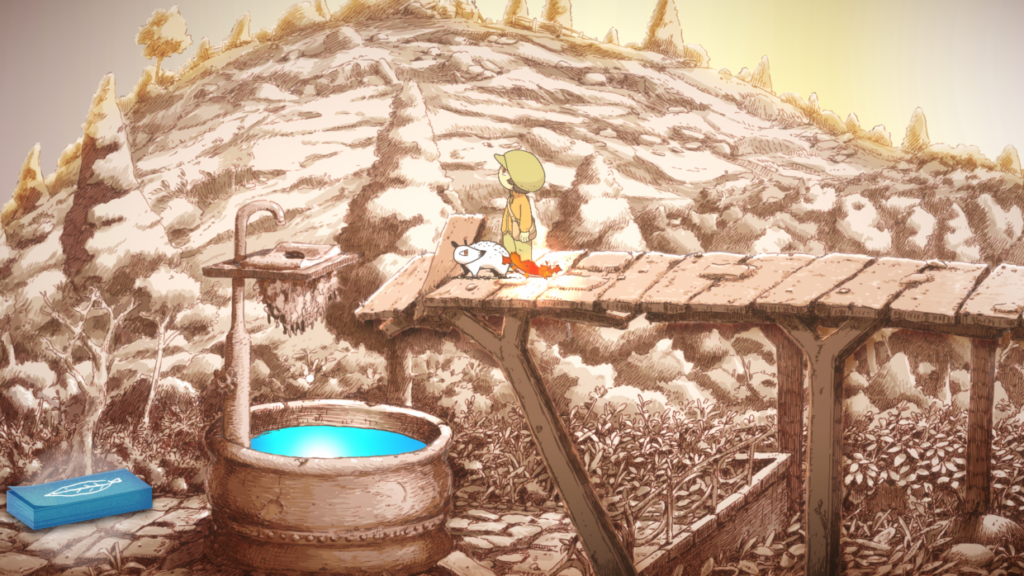 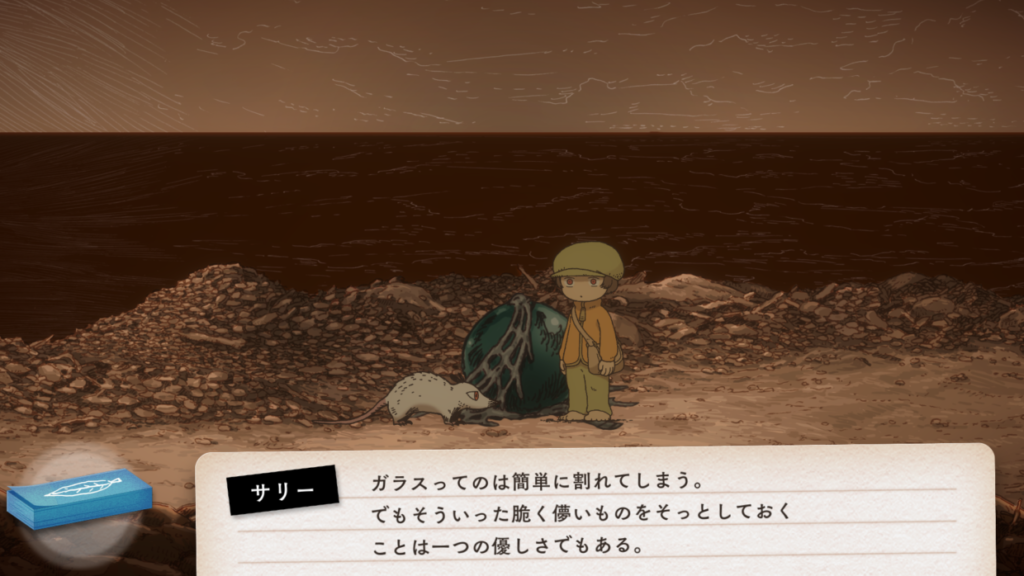 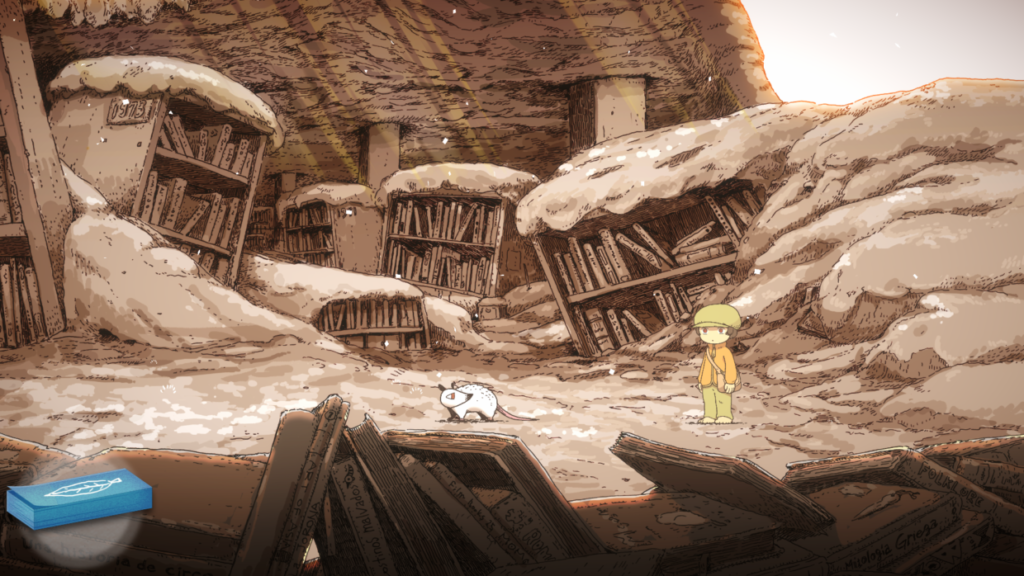 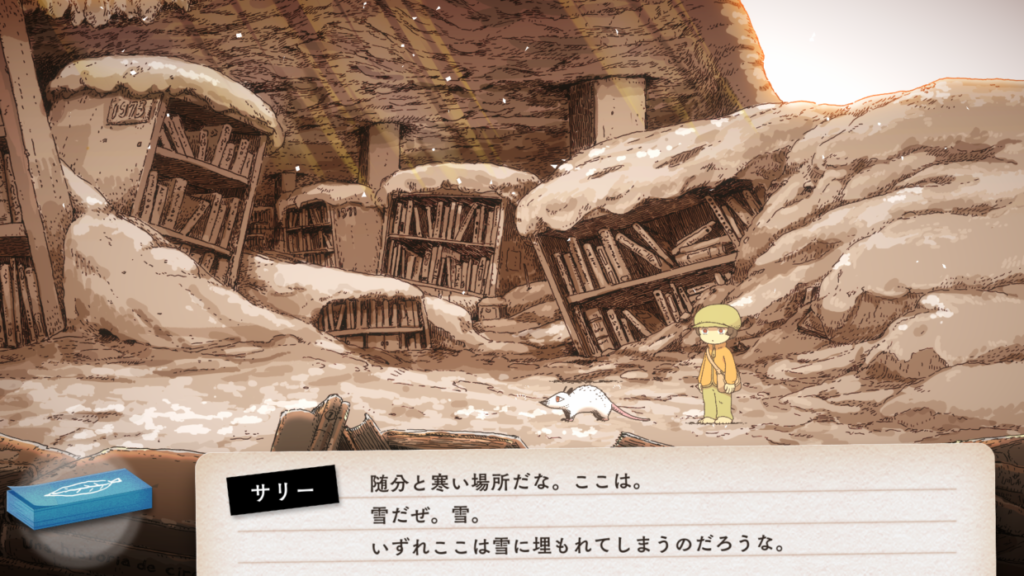 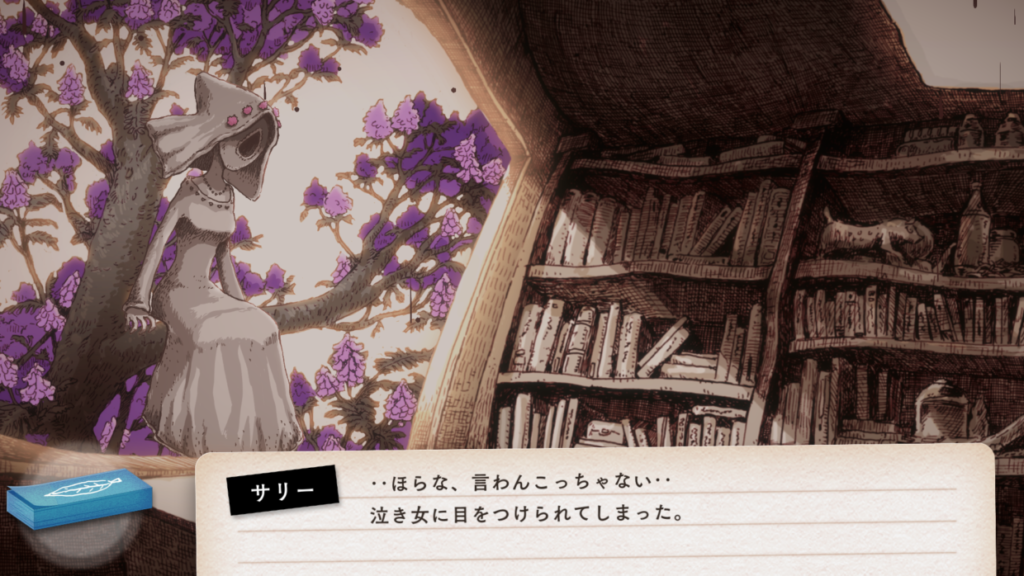 The place is U-chronia, a hazy world that lives in hazy memories of the distant past.

OU, a young boy, wakes up in a dried up riverbed without any memories of his own.

He meets Zarry, an opossum with a flaming tail, who guides him on a journey to find out his story.

The Saudage Specter, who haunts the boy;

The Weeping Woman "La Llorona", who leads him to tragedy.

All of them are there to change the Story and how it will end.

A pen-drawn world reminiscent of the illustrations in children's literature, accompanied by music for guitar and other instruments music ripe with nostalgia for an old hometown.

This is the background where the Story, a story meant for someone, unfolds.

Just like a Michael Ende book, "OU" disguises itself as something else—an adventure game—to meet and interact with reality.

OU is also a challenge—a challenge to games as a whole.

room6
Development and Creative Direction
Since its inception, the company has been developing, porting, and publishing games for smartphones, Nintendo Switch, and Steam, and also operates Yokaze, a label featuring games that immerse players in the world, including "Unreal Life," which won the Newcomer Award at the 24th Japan Media Arts Festival.

G-MODE Corporation
Produced and Published
A game content planner and developer that operates primarily in the PC and mobile content markets. The company also operates a licensing business for "Data East" titles that have gained popularity in arcades and on consumer game consoles, and in 2018 began a new business of publishing its own titles and those of indie creators to consumer game consoles, including the Nintendo Switch.