by PutUpThumb for AndroidiOS - iPhone 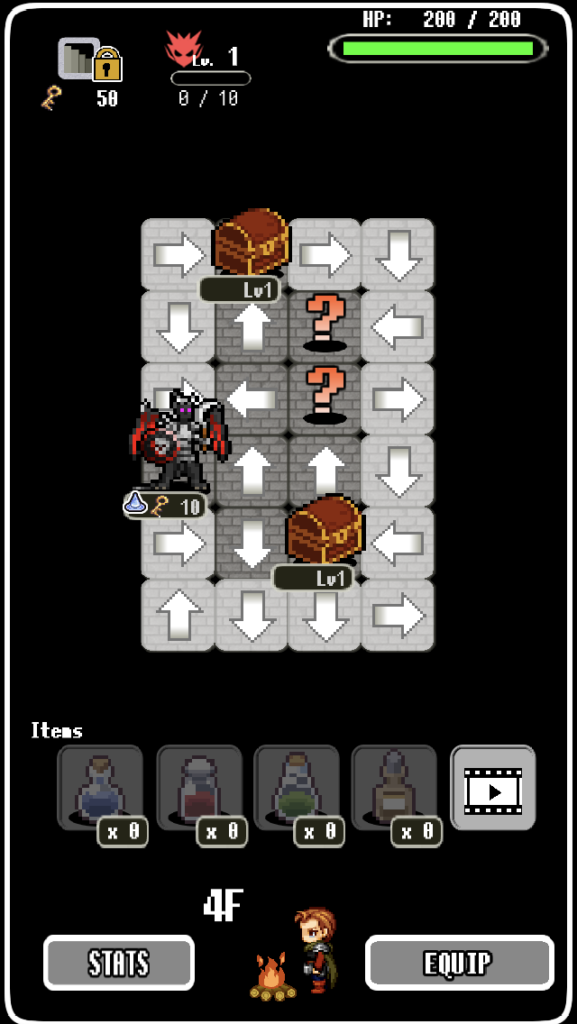 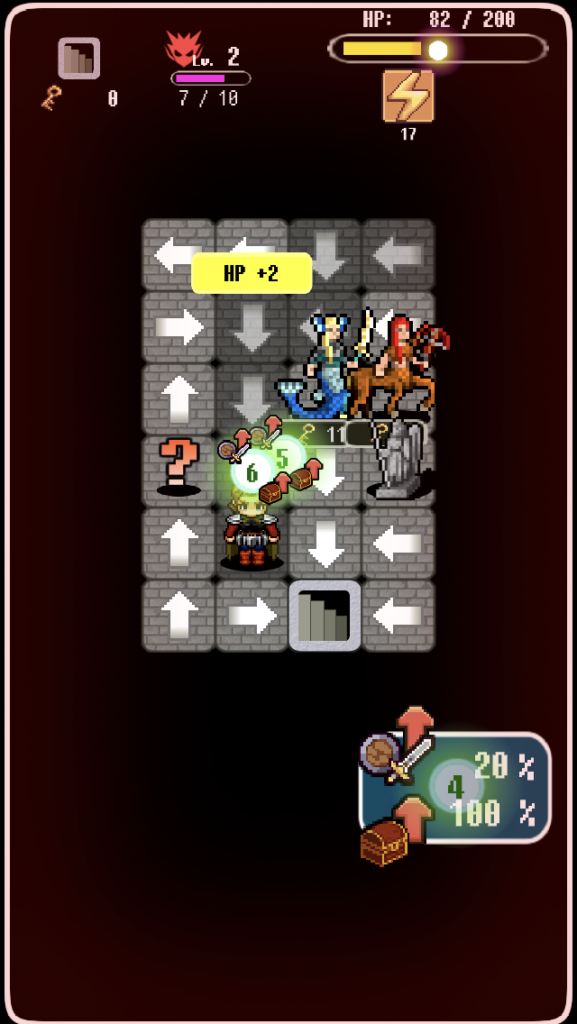 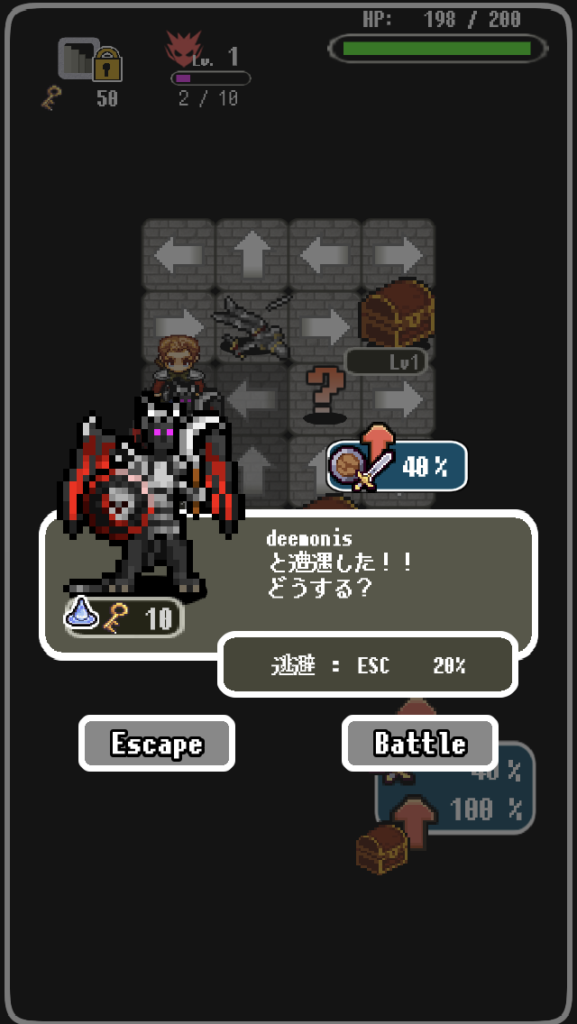 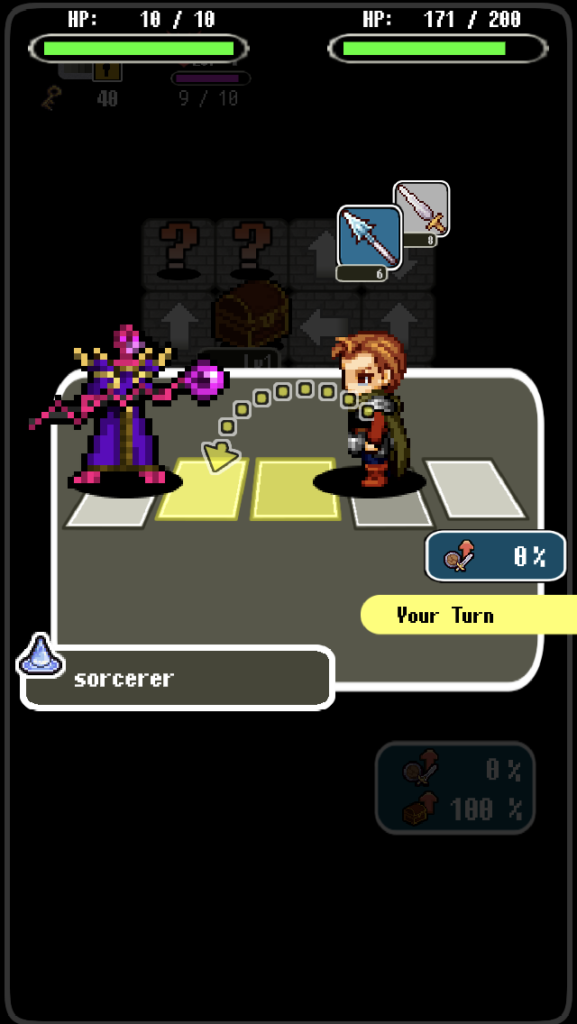 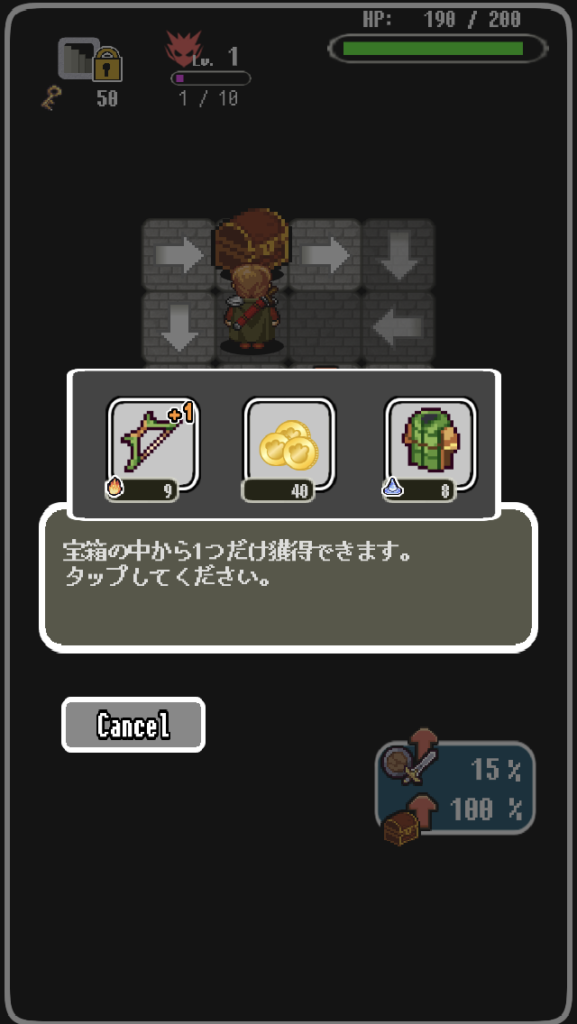 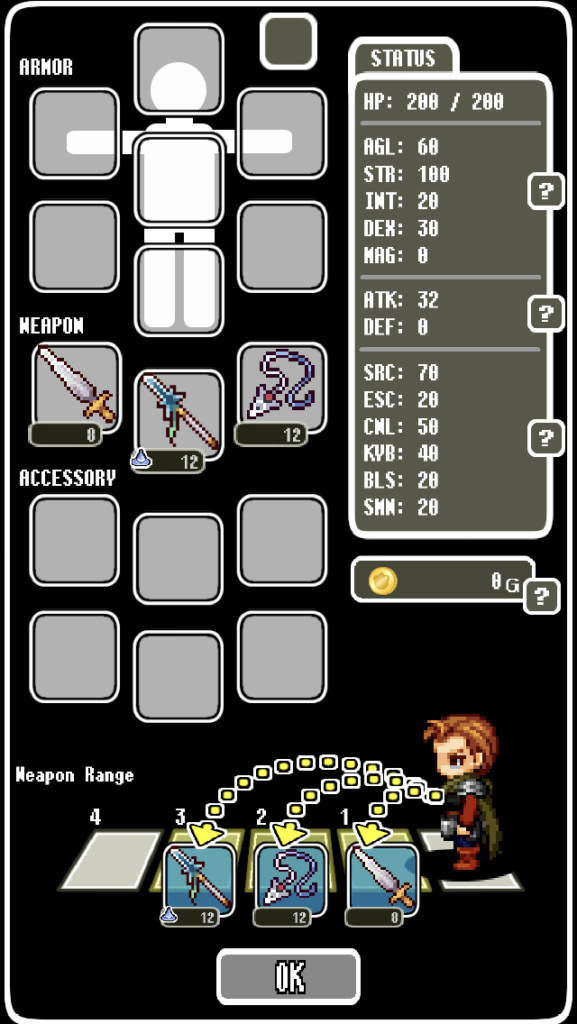 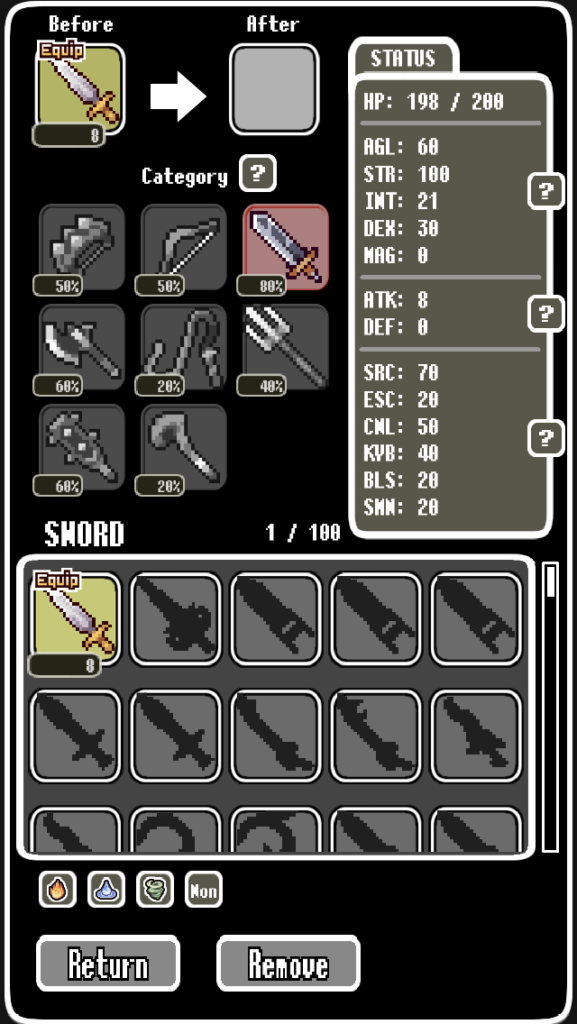 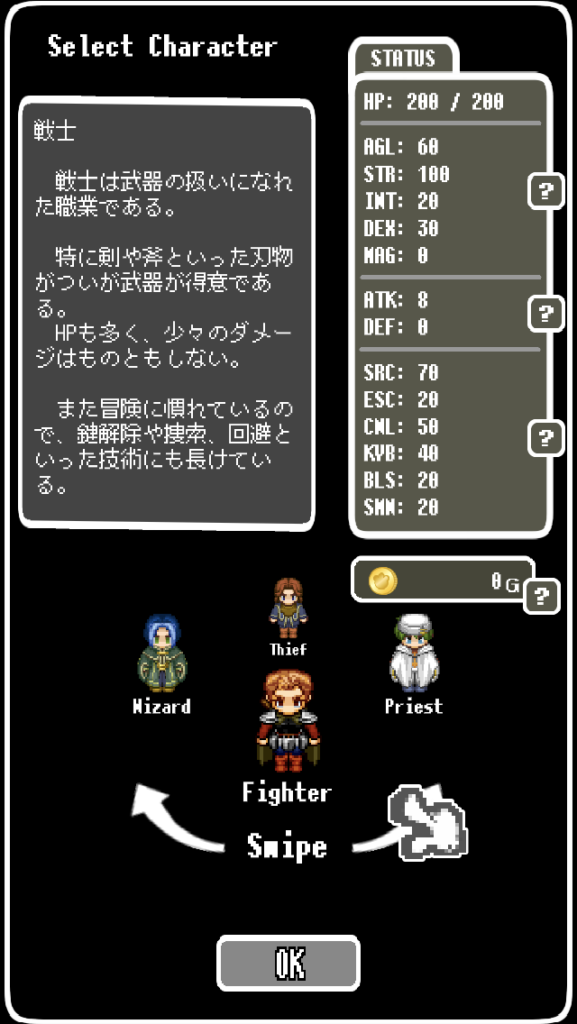 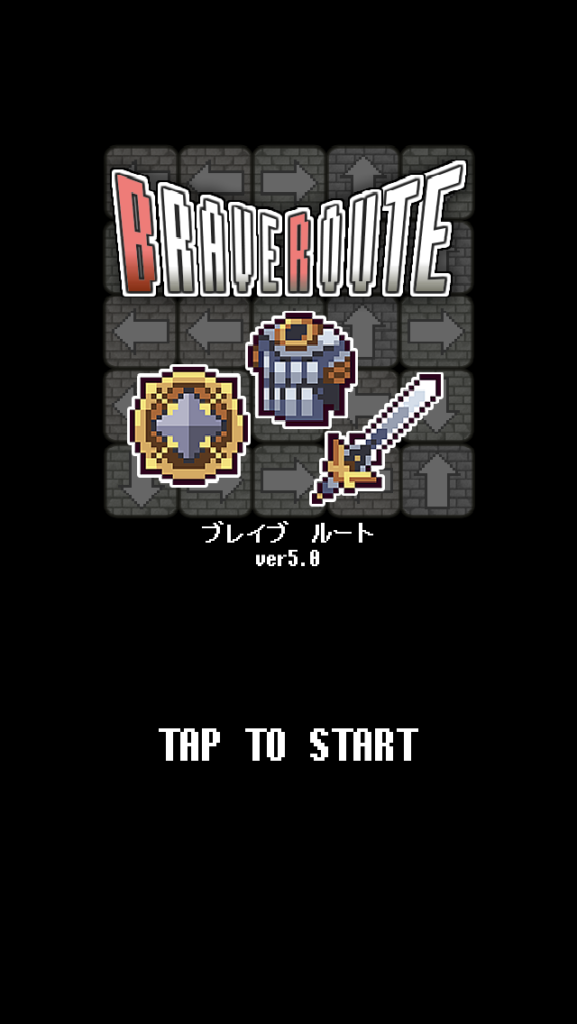 Explore the dungeon along the arrow!
The longer you walk, the more buffs you get and the more advantageous you are in battle!
The rewards from the treasure chest will also be more expensive!

■ Purpose
・ Capture the dungeon that seems to continue indefinitely and aim for the deepest part.

■ Interesting
・ Encounter various events in a dungeon that can only be moved along the arrow.
・ At that time, the more steps you take, the more advantageous the battle will be due to the buff, and the more expensive the reward from the treasure chest will be.
・ Therefore, it is necessary to find a route that allows you to walk a lot of steps.
-Also, the floor that you walked once disappears and falls from above like a falling object puzzle, so you can dare to erase the floor and create a new route.
・ Search for or create a route that walks a large number of steps in this way, and capture the dungeon in a more advantageous state.
・ However, if you move a lot to create a new route, points will gradually accumulate each time you start moving, and when the number exceeds a certain level, the level of the enemy will rise.
The higher the level, the stronger the enemy.
It was
in short,
"Walk long" → "Make a route" → "Make it dark and make the enemy stronger" → "Need more powerful equipment" → "Walk long and get"
The fun of this game is how to balance it in the above loop.

■ Operation
-On the move start screen, tap the floor that is blinking white (the floor that has nothing on it at the outermost circumference), and the character will automatically move from there along the arrow.
・ When you encounter a treasure chest or event object, a confirmation dialog "What to do?" Appears, so answer "Yes or No".
・ If you can get a reward, choose the one you want from the three options.
・ In battle, you will automatically fight with the equipped weapons and armor.
→ In battle, the player is just looking, so what kind of equipment is important.
・ Once you go out to a place without a floor, you will rest (camp) and recover and equip.

■ Auto battle
・ If there is a monster at the destination, it will be a battle.
-Since the battle is automatic, there are two important elements in the equipped weapons and armor.
・ One is the range of the weapon.
→ The range is within the reach of the weapon, and the longer the range, the more distant enemies can be attacked.
→ It is important in battle because you can create a state where you can attack, although it does not reach from the opponent.
・ The other is the attribute.
→ There are 3 attributes, "flame", "water", and "wind", and each has its own strengths and weaknesses.
→ If the enemy is a flame, it will be advantageous if you battle with water-type weapons and armor.

■ Event
・ Various events occur in the dungeon.
→ The character will be damaged on the trap floor.
→ The statue of the goddess recovers from abnormal conditions
→ The magic circle will improve the character's abilities, etc.
-At the event, the effect changes depending on the success rate set for the character, so it is important for capturing the dungeon.