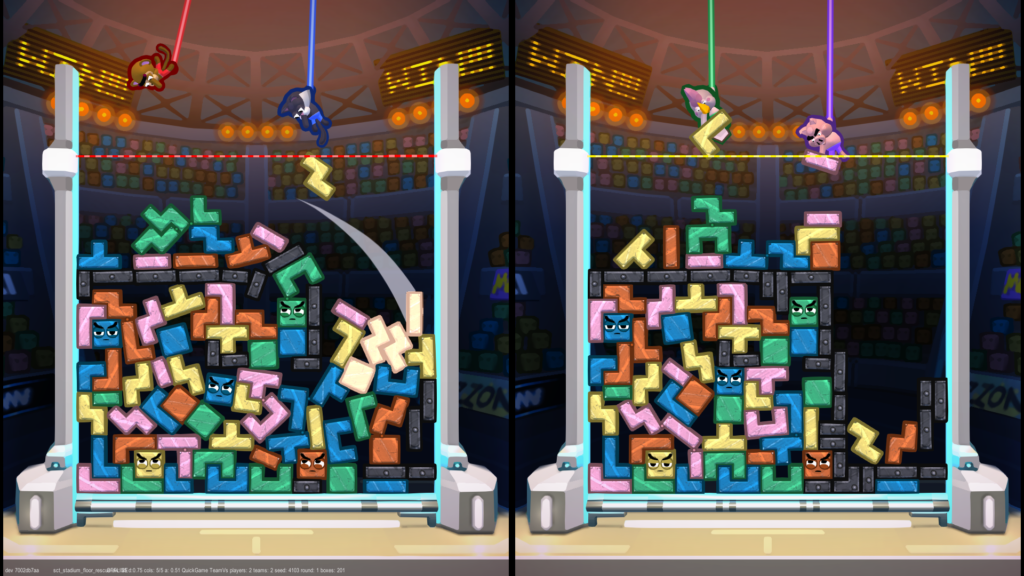 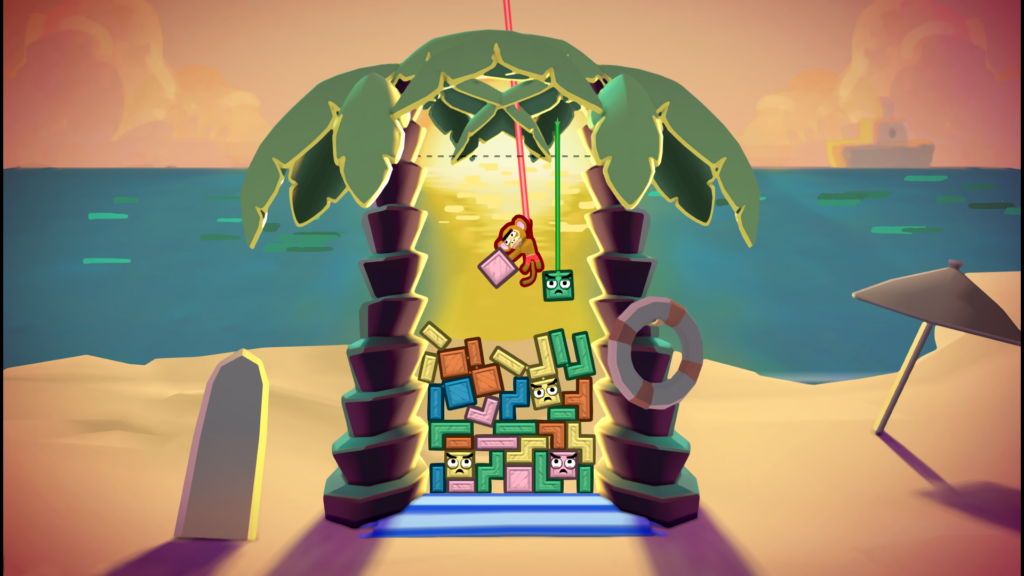 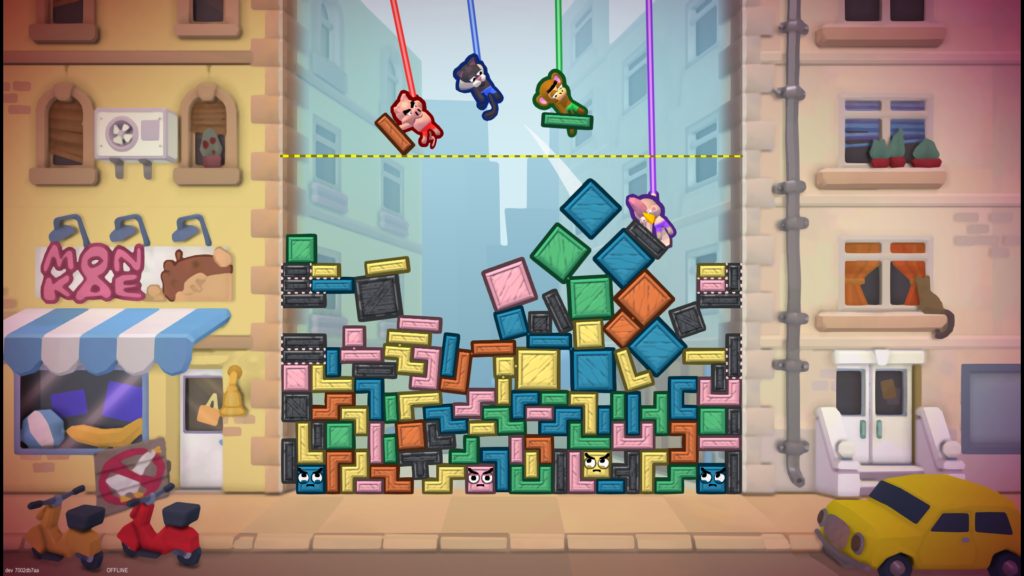 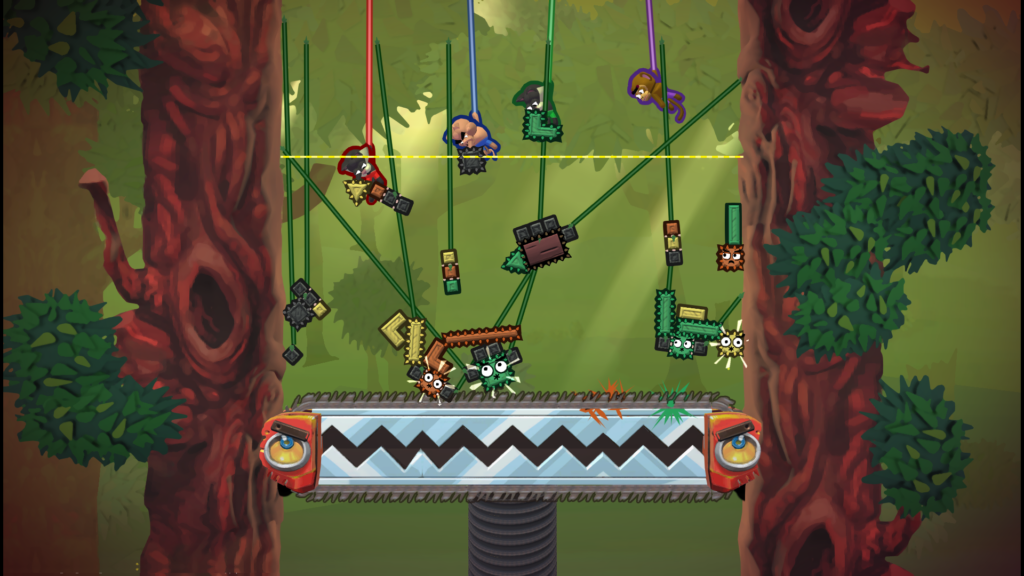 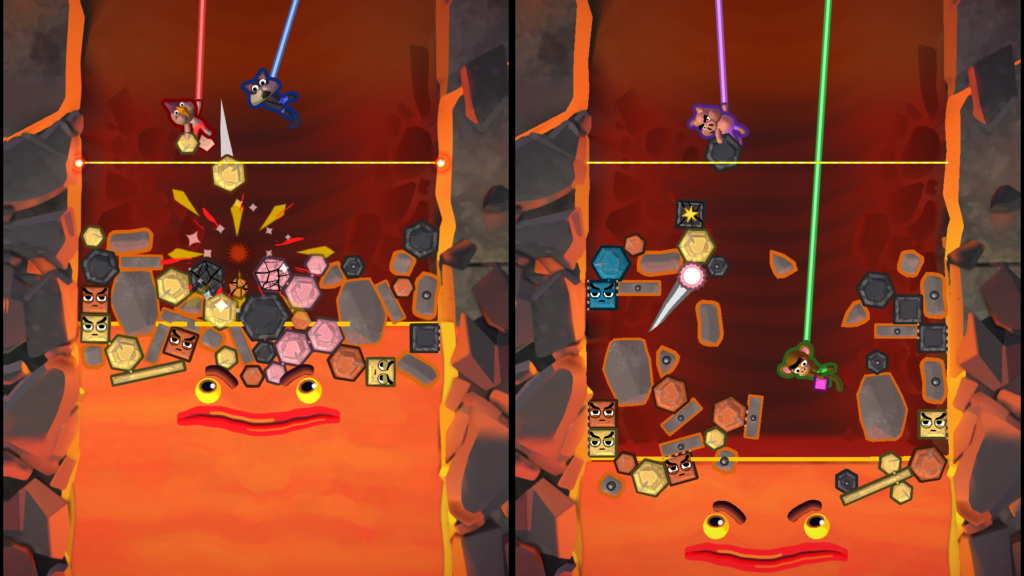 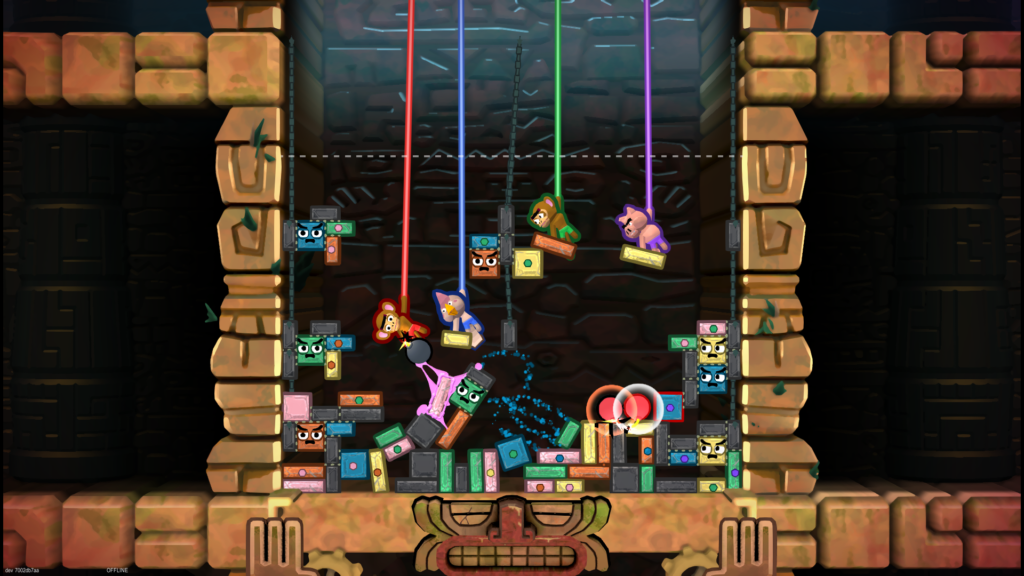 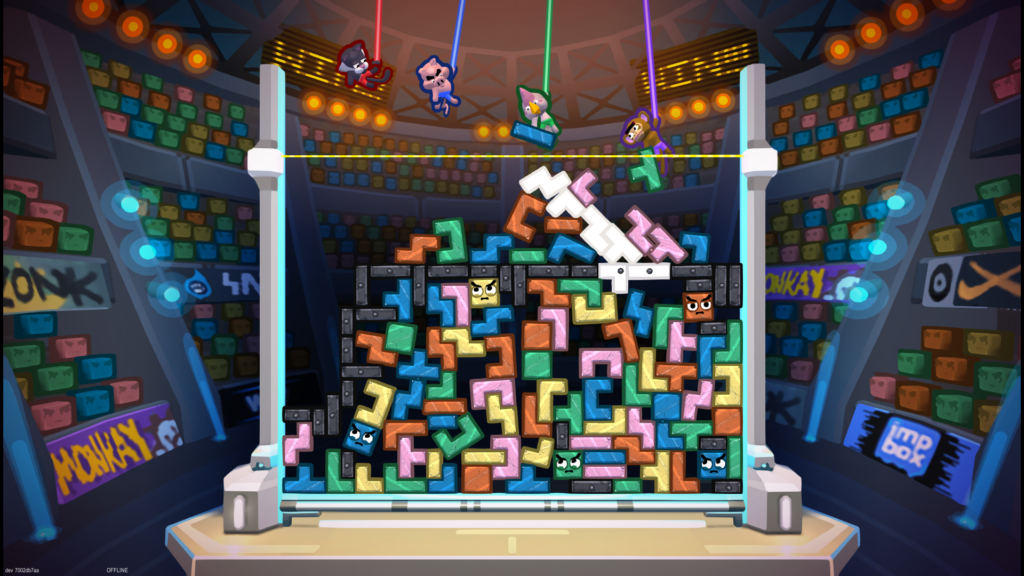 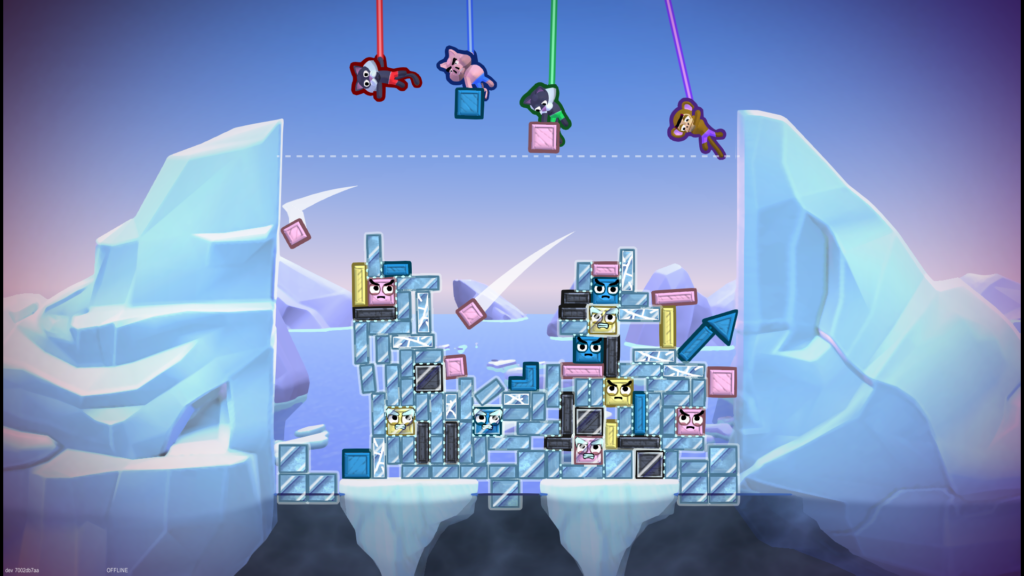 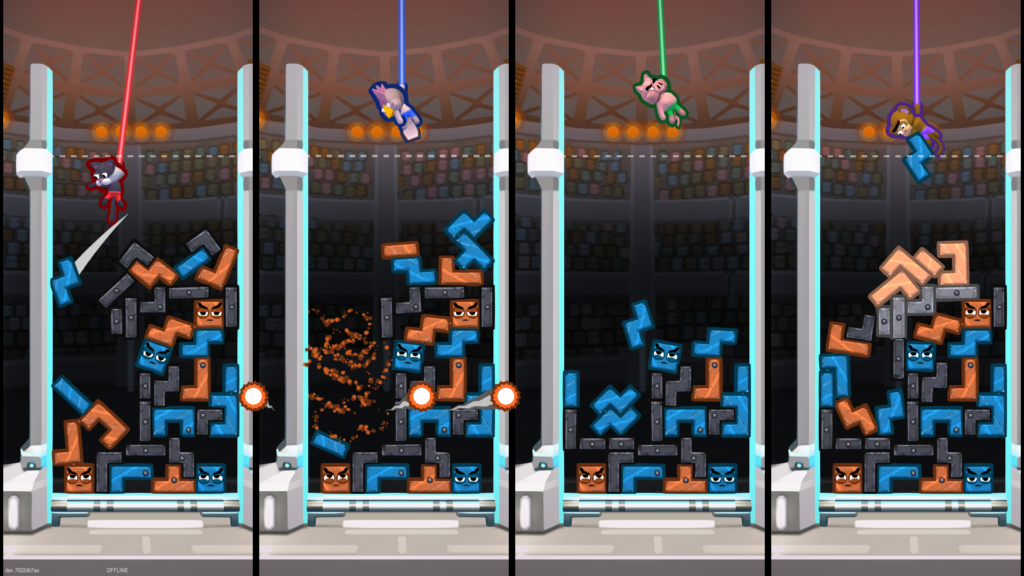 Cross-platform leaderboards and cool other surprises coming in 2021

Use gamepad, keys or mouse to guide bendy animal acrobats on rubber bands

Your pals are trapped, transformed into Grumble blocks! Rescue them to gain new abilities

Welcome to Bungee Blockbusters: a rapid-response brigade of rubber-banded heroes, deployed solo or in teams of two to four, against THE JUMBLE: a chaotic clutter of colorful blocks made of wood, metal, ice, fire, cactus, bubblegum, explosives and more!Your pals are MIA, trapped inside sour-faced blocks called Grumbles, buried in the Jumble. Race to the rescue! Connect 3 same-color blocks to any Grumble and *POP!* instant freedom!PRIMARY MISSION: Rescue lost Blockbusters! You have three minutes to swing down, fling blocks, pop Grumbles and free your pals! But beware - hang around too long, or stack too high and it's GAME OVER - you'll be transformed into Grumbles too!SIDE OBJECTIVE: Explore The Jumble! Rescue VIPs and follow the clues, upgrade your abilities to take on the toughest challenges deep in The Jumble - race to track down who or what is responsible for this mess and save the world, before we all turn Grumpy forever!As a highly trained team of professional Blockbusters - you’ve got this! Bungees away!WELCOME TO THE JUMBLE 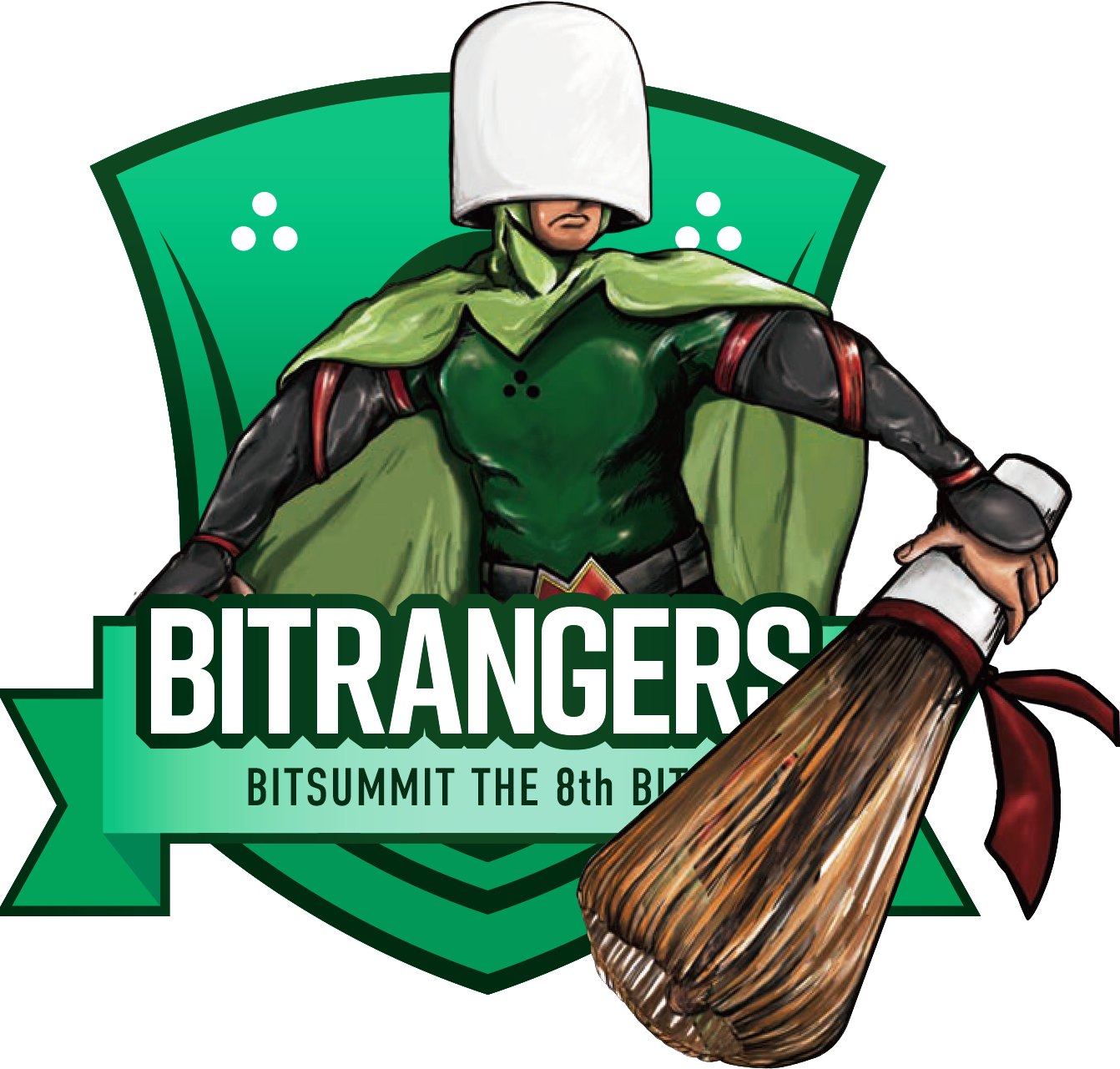 A team of 3 from Sydney, Australia. We craft flow state co-op games conducive to playful experimentation and masterful teamwork.